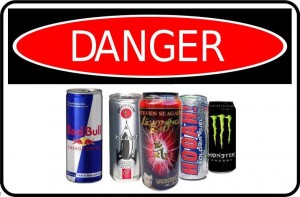 According to a recently published report in the current issue of the Journal of Adolescent Health, mixing energy drinks with alcohol is riskier than just drinking alcohol alone. According to the researchers, the public health implications include not only physical risks to individuals from blacking out and alcohol poisoning, but also exposing the community to dangerous situations in which young adults may be “wide awake drunk” after a night of partying.

Talbot Partnership for Alcohol and Other Drug Abuse Prevention advises that the study findings suggest that the use of energy drinks and alcohol together may lead to heavier drinking and more serious alcohol-related problems. An earlier report from the Johns Hopkins Bloomberg School of Public Health, found that mixing caffeine and alcohol is more common among underage drinkers and starts at a much earlier age that previously thought. Adolescents who consumed alcohol mixed with energy drinks had almost twice the average drinking days per month as those who did not mix caffeine with alcohol. They also consumed almost triple the total number of drinks per month compared to non-caffeine users.

The recent ban on caffeinated alcoholic beverages in the United States was a result of multiple cases of alcohol poisoning and alcohol related blackouts. This did not however, prevent individuals from mixing energy drinks with alcohol themselves.

The dangers from mixing energy drinks with alcohol include increased risk of serious injury, drunken driving, sexual assault as well as alcohol poisoning. Alcohol abuse can lead to long-term health issues like cardiovascular disease, cancer of the throat, liver, or mouth, anxiety and depression, dementia, liver disease, and much more.

For further information on the dangers of alcohol and other drugs, contact Talbot Partnership at 410-819-8067. Please also visit our website at www.talbotpartnership.org or find us on Facebook.

Energy drinks can be dangerous for teenagers, according to a new report published in a pediatrics journal. According to Talbot Partnership for Alcohol & Other Drug Abuse Prevention, the drinks are particularly dangerous when combined with alcohol. The drinks can cause rapid heartbeat, insomnia, high blood pressure, anxiety and obesity, researchers write in Pediatrics in Review.

“They contain too much caffeine and other additives that we don’t know enough about. Healthy eating, exercise and adequate sleep are better ways to get energy,” said lead author Dr. Kwabena Blankson, a U.S. Air Force major and an adolescent medicine specialist at the Naval Medical Center in Portsmouth, Virginia. Dr. Blankson said teens should not have more than 100 milligrams of caffeine daily. He added that other additives found in energy drinks, such as sugar, ginseng and guarana, increase caffeine’s effects in energy drinks.

Gary Pearce, Executive Director for Talbot Partnership advised that many teens are not aware that mixing alcohol and energy drinks can make them feel less drunk than they actually are. Researchers report that drinking just one caffeinated beverage mixed with alcohol can be equivalent to drinking a bottle of wine and several cups of coffee. A 16-ounce energy drink has about 160 milligrams of caffeine, compared with 100 milligrams for an average cup of coffee.

A government report released last month found the number of emergency room visits involving energy drinks doubled from 2007 to 2011, reaching more than 20,000. The report, from the Substance Abuse and Mental Health Services Administration (SAMHSA), found most cases involved teens or young adults. SAMHSA calls consumption of energy drinks a “rising public health problem.” About 42 percent of emergency room cases in 2011 involved energy drinks combined with alcohol or drugs such as Adderall or Ritalin.

For additional information on what parents can do to help their children avoid the dangers of alcohol, tobacco and other drugs, contact Talbot Partnership at 410-819-8067 or visit their website at www.talbotpartnership.org. Please also visit our website at find us on Facebook.