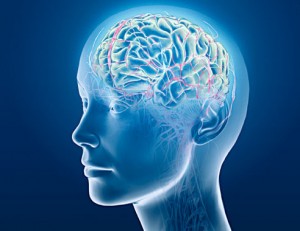 A new study by Northwestern University Feinberg School of Medicine in Chicago has reported that heavy marijuana use in the teenage years is linked to damaged brain structures vital to memory and reasoning. According to Gary Pearce, Director of Talbot Partnership for Alcohol and Other Drug Abuse Prevention, adults and youth need to be aware of the impact of marijuana on brain development.

When marijuana is smoked, THC rapidly passes from the lungs into the bloodstream, which carries the chemical to the brain and other organs throughout the body. It is absorbed more slowly when ingested in food or drink.

However it is ingested, THC acts on specific molecular targets on brain cells, called cannabinoid receptors. These receptors are ordinarily activated by chemicals similar to THC that naturally occur in the body and are part of a neural communication network. This system plays an important role in normal brain development and function. The effects of marijuana use include altered perceptions and mood, impaired coordination, difficulty with thinking and problem solving, and disrupted learning and memory. In addition, regular use of marijuana shows the same respiratory problems as cigarette smoking, increases the risk of heart attack, increases the likelihood of developing cancer of the head or neck, and affects the immune system’s ability to fight disease. 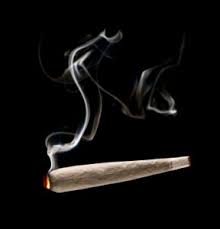 The percentage of teens who think there is a great risk from being a regular marijuana user has dropped, according to a new survey. The Monitoring the Future survey found only 39.5 percent of 12th graders think regular marijuana use is harmful, down from 44.1 percent last year.

Monitoring the Future is an annual survey that measures drug use and attitudes among students in grades 8, 10 and 12. The survey found 6.5 percent of high school seniors smoke marijuana daily, compared with 6 percent in 2003, and 2.4 percent in 1993, CNN reports.

“This is not just an issue of increased daily use,” National Institute on Drug Abuse Director Nora D. Volkow, MD said in a news release. “It is important to remember that over the past two decades, levels of THC – the main psychoactive ingredient in marijuana – have gone up a great deal, from 3.75 percent in 1995 to an average of 15 percent in today’s marijuana cigarettes. Daily use today can have stronger effects on a developing teen brain than it did 10 or 20 years ago.”

According to Gary Pearce, Director of Talbot Partnership for Alcohol and Other Drug Abuse Prevention, parents need to be aware of this trend. Despite youth and adult perceptions of marijuana, studies shows that the main chemical present in marijuana, THC, adversely affects human brain and mental health. In addition, regular use of marijuana shows the same respiratory problems as cigarette smoking, increases the risk of heart attack, increases the likelihood of developing cancer of the head or neck, and affects the immune system’s ability to fight disease.

Mr. Pearce also advised that studies show parents significantly underestimate their teenagers’ use of drugs. Nearly 35 % of high school seniors use marijuana, while only five percent of parents believed their teens had used marijuana over the past year.