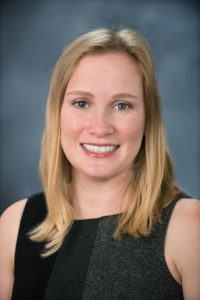 University of Maryland Shore Medical Group (UM SMG) recently welcomed Audrey Drummey, MD, to the UM SMG – Women’s Health practice. Her interests include the management of gynecologic health, contraception, fertility and low- and high-risk pregnancies. She has experience in minimally invasive gynecologic surgery with laparoscopic and DaVinci robotic approaches for the treatment of heavy menstrual bleeding, fibroids, endometriosis and chronic pelvic pain.
Drummey is a graduate of Tulane University in New Orleans, Louisiana. She completed her medical degree at Virginia Commonwealth University in Richmond, Virginia, where she developed an affinity for women’s health. Drummey trained in Obstetrics and Gynecology at Carolinas Medical Center in Charlotte, North Carolina. She was elected to serve as the Academic Chief Resident, a role in which she worked to further evidence-based medicine and quality improvement.
Drummey is an active member of the American College of Obstetrics and Gynecology and the American Association of Gynecologic Laparoscopists. She is certified in Basic Life Support (BLS) and Advanced Cardiac Life Support (ACLS).
To make an appointment with Dr. Drummey at UM SMG – Women’s Health at 522 Idlewild Avenue in Easton, patients may call 410-820-4888.